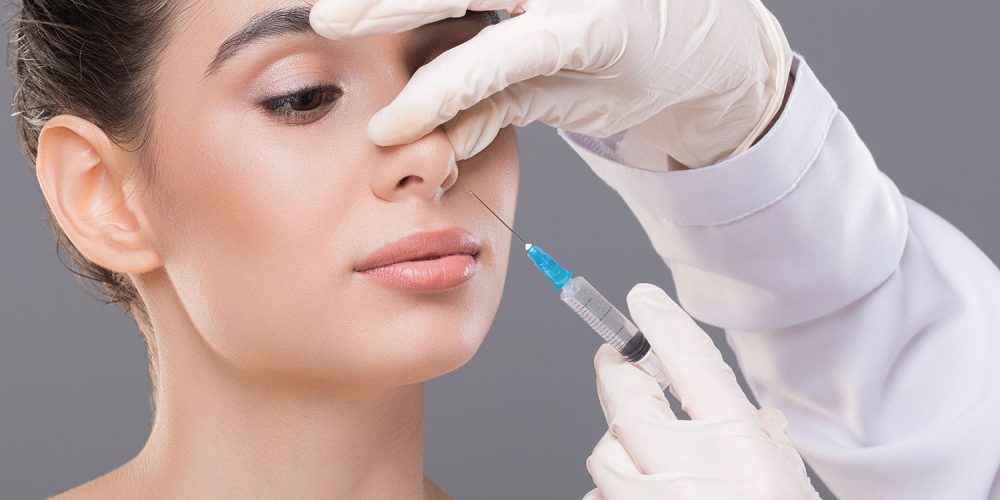 Rhinofiller is the latest frontier in modern cosmetic medicine. Using hyaluronic acid infiltrations, it allows the form of the nose to be reshaped to correct defects such as a hump or tip.

But what do you need to know before having a rhinofiller?

The nose plays a fundamental role in our face. Aesthetic equilibrium and balances between the various parts of the face are based on it.

A unique feature of each of us, a nose imperfection can destabilize us, making us less confident.

Until a few years ago, corrections to the nose were performed only through cosmetic surgery, called “rhinoplasty.”

Recently, a less invasive route has been introduced that still allows the correction of nose imperfections: rhinofiller.

This consist in a series of hyaluronic acid injections that can radically reshape it without invasive surgery.

Why to have such a treatment

The main motivation that might prompt us to have a rhinofiller is to correct an aesthetic flaws. It could be hereditary in nature, such as a downturned or upturned tip, or caused by a traumatic event such as a fracture.

Not all types of noses and flaws can be corrected with a rhinofiller. We mainly talk about noses with small and narrow dimensions rather than large or long shapes.

Regarding the possible corrections, through filler one can act in every part of the nose, from the tip to the “hump,” even acting simultaneously in several areas.

Specifically, the main defects that can be treated are the hump of the nose, the saddle nose, and the nose with the tip pointing upward.

As is the case with the lachrymal sulcus filler or the cheekbone filler, one of the main features of rhinofillers is the immediate visibility of results. However, it will be necessary to wait a couple of weeks to observe the final results.
The injected filler will remain stable in the body for a few months and will be gradually reabsorbed over 12 to 24 months.

The treatment can also take place on an outpatient basis and the duration does not last more than 20 minutes..

The perception of pain is very limited and is mostly associated with pain.

As for the substances used, however, in most cases hyaluronic acid is used. This is a substance also present in our bodies that acts minimally invasively. In addition to improving cosmetic appearance, hyaluronic acid allows deep hydration of the area where it acts.

Before undergoing rhinofiller, it is important to know its warnings. In fact, in the days immediately before, it is advisable to follow certain guidelines such as avoiding alcohol and smoking.

After the injections, it is important to follow all medical directions such as avoiding intense sports activity for a few days and direct sun exposure without protection.

As for possible side effects, minor bruising and swelling may occur. In these cases, the use of ice is recommended to soothe the problem.

Otherwise you can immediately return to your daily life.

In our clinic we exclusively offer the FaceApp protocol to our…

Carboxytherapy Face: Treatment of dark circles under the eyes

Dark circles are among the facial blemishes that bother us most…

The latest frontier in facial and body treatments is the "Cindarella…