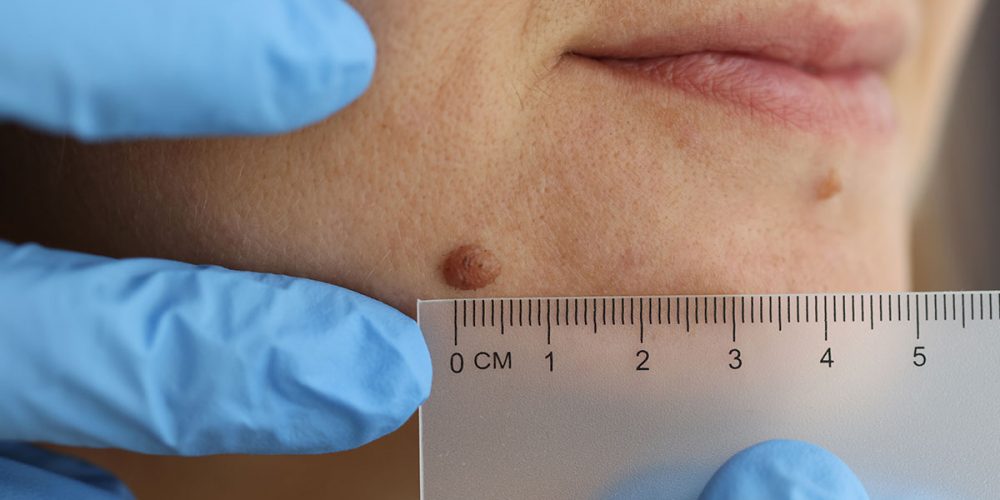 In our clinic, it is possible to proceed with the safe removal of all those small growths such as moles, fibroids, and pendulums that grow on our skin..

The operations are performed by our experienced team using the latest instrumentation available in the medical field.

Moles are one of the excrescences of the skin. Although in most cases these are non-threatening situations, sometimes it is necessary to proceed with removal, such as in cases of cancerous moles.

There are some indications that may suggest cancerous moles: asymmetry, irregular borders, and uneven colors. However, moles can also be removed for cosmetic or personal reasons.

If you are in one of these situations, you should be seen by a dermatologist as soon as possible to consider removal. Mole removal can affect both the face and the body.

There are several ways to remove moles:

Removal of Fibroids and dermatofibroids

Fibroids are those growths that can grow in the uterus of women. Typically they are not cancerous, but in some cases it is necessary to eliminate them. Elimination is recommended in all cases where such growths are the cause of frequent urination, excessive bleeding during menstruation, or persistent abdominal pain.

There are different types of procedures to eliminate fibroids from the body depending on their number, size, and where they are located.

Alternatively, classic surgical avenues such as hysterectomy, laparoscopy or myectomy can be performed.

In the case of dermofibromas, that is, fibroids growing in any part of the body, the most commonly used route of removal is surgical removal by scalpel.

The term pendulum refers to the skin growths commonly known as “warts.” The size of pendulums can range from a few millimeters to several centimeters, and they can grow over the course of a lifetime. The most common areas where pendulums can be seen are the neck, armpits and eyelids.

To remove a pendulous fibroid, one can proceed by:

In the case of keratosis, that is, excessive growth of the stratum corneum of the skin, it is best to know the nature of the skin before proceeding with removal. For example, in the case of seborrheic keratosis, we are dealing with a benign skin tumor that can be removed by a technique such as cryosurgery, laser removal, or scraping.

In our clinic we exclusively offer the FaceApp protocol to our…

Carboxytherapy Face: Treatment of dark circles under the eyes

Dark circles are among the facial blemishes that bother us most…

The latest frontier in facial and body treatments is the "Cindarella…