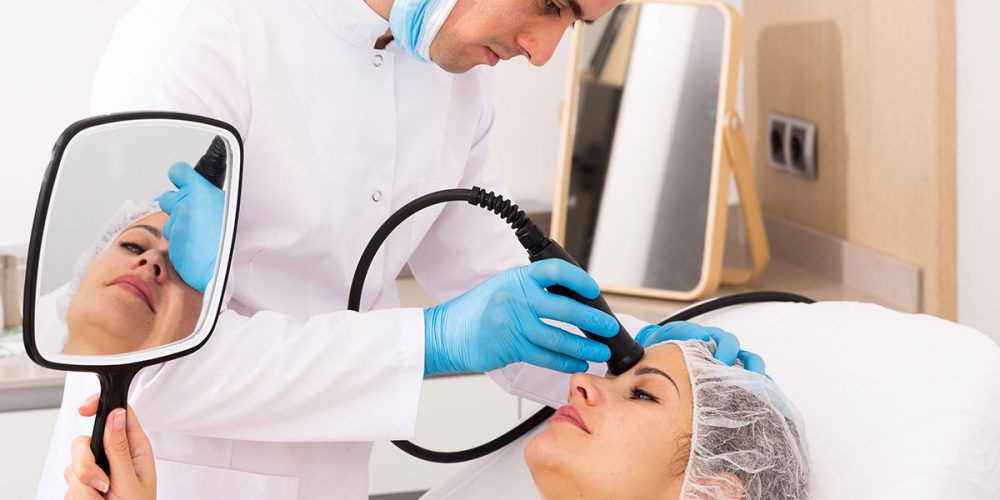 One of the latest innovations in the medical field is ablative facial radiofrequency. It consists of vehiculation of appropriate electrical pulses that bring about an ablative effect on the skin, particularly on those aesthetic defects such as wrinkles, acne or laxity.

The treatment is performed on an outpatient basis and has a very short duration, only a few minutes.

What is ablative radiofrequency

The term “radiofrequency” refers to that set of treatments that exploit the electromagnetic properties of certain waves to act on skin problems.

When such procedures are applied in the surgical field, it is called “ablative” radiofrequency. Specifically, in this case micro channels are opened in the epidermis that alter the balance of the skin. This in turn causes stimulation in the production of collagen, which leads to a natural improvement in the condition of the skin.

In contrast, non ablative radiofrequency treatments act only at the superficial level, without altering the underlying dermal mantle.

What ablative facial radiofrequency consists of

Ablative radiofrequency treatment of the face is conducted on an outpatient basis under the constant supervision of a team of experts.

As the name of the instrument suggests, the mode of application of radio waves is fractional, that is, at fixed time intervals.

This mechanism makes it possible to control exactly how much current is released on the face so as to achieve the desired effects.

Specifically, the goal of ablative radiofrequency is to go and open small channels within the epidermis, allowing the radio waves to reach the deeper layers of the skin.

The heat generated by the waves deep inside causes a thermal imbalance, especially concerning the major components of collagen, which stimulates its production.

What are the effects of facial ablative radiofrequency

Through the stimulation of collagen production in the face, several effects can be achieved:

General characteristics of the treatment

The first results are visible immediately after the first session. Depending on individual conditions and one’s goals, may require several sessions.

The recommended number of sessions can vary from a minimum of 6 and a maximum of 10.

A break of at least 3 weeks should be considered before undergoing a second session.

Side effects affecting the procedure are generally very limited and short-lived. You may experience redness and small swelling in areas of the face treated with radiofrequency.

If treating blemishes such as facial and body laxity was difficult…

Facial radiofrequency treatments are increasingly in demand. Thanks to these medical-aesthetic…

The "Bold Brows" method is a microblading technique developed by the…