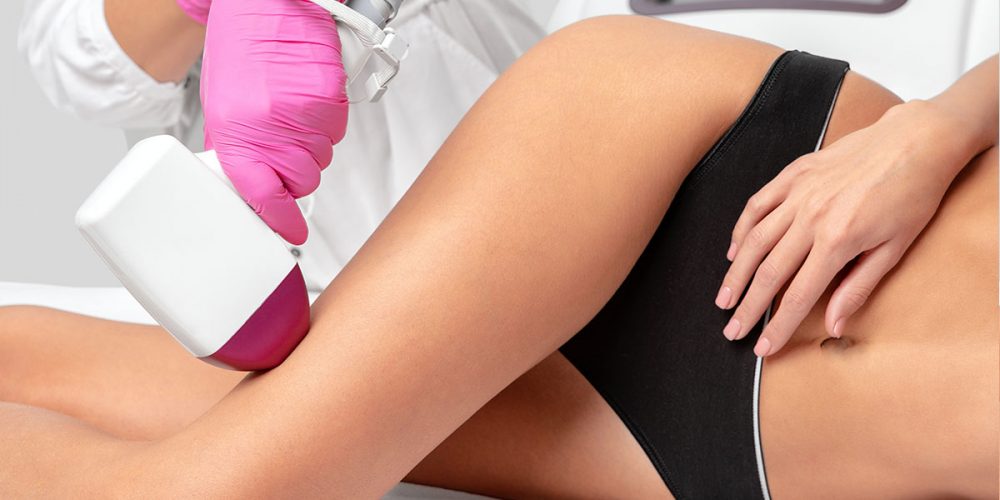 Permanent epilation is a term that refers to the process that is followed to permanently stop the growth of body hair..

The topic is of particular interest to women, although more and more men are approaching it.

What are the options available today?

Hair is a natural part of our bodies. They grow in almost all areas of the skin, with the exception of particular spots such as the palms of the hands, feet or other areas.

Sometimes, however, for causes mainly related to aesthetics, one has the desire to remove these hairs, and this is where epilation comes in.

Unfortunately for many, although there are several techniques, no one type of epilation allows 100% of hair to be removed permanently in one area.

Only laser epilation with the latest technologies allows for concrete and lasting results.

The laser method is certainly among the most popular, and over time it has improved considerably. Today this treatment involves the use of equipment that emits concentrated beams of light that damage hair follicles (via the mechanism of photothermolysis) but without affecting the surrounding tissue. To date, the laser hair removal technique appears to be the most popular technique to replace waxing, which is invasive, inefficient and requires continuous sessions for satisfactory hair removal. In contrast, the laser hair removal technique is minimally invasive, everlasting and relatively cheaper (if we take into consideration a long time frame) than simple waxing.

In order to achieve significant effects of epilation one must undergo several sessions, in fact, only through repeated sessions damage to the hair follicles results in the end of hair growth. During this process of deterioration of the hair follicle, one may notice lighter and finer hairs until they disappear.

The pain experienced during the sessions is very relative depending on the individual’s level of sensitivity and the treated area; it can often be attributed to mild discomfort. Thanks to laser hair removal treatment, it is possible to completely remove hair in less sensitive areas such as legs and forearms as well as in very delicate areas such as armpits, face and pubis.

Depending on the areas to be treated and the “density” present, the duration of treatment can vary. On a general level it is around 30-60 minutes.

The electrolysis technique consists of removing hair by conveying small electrical discharges. The method is based on the use of a specific probe that, close to the skin, acts with micro-pulses of current on the hairs.

This leads to immediate destruction of the follicles, with a success rate sometimes higher than that of the laser.

Compared to the previous solution, however, permanent hair removal via electrolysis has side effects. Among the main ones are the possible appearance of inflammation, swelling and redness, precisely why, on balance, epilation via laser is definitely the best choice.

There are some alternatives to laser and electrolysis methods. One example represents the “Vaniqa” depilatory cream. This is a product to be applied twice a day for a month that works by inhibition of enzymes that stimulate hair growth. According to some studies, this treatment lasts more than two months. However, this type of treatment must be performed systematically to keep the skin smooth and velvety.

It consists of applying a gel to one’s skin that contains substances that act directly on the proteins that make up hair, namely keratin. By weakening keratin, hairs fall out easily. The treatment is inexpensive and fast, with results lasting approximately for 2 weeks (to the touch even much less). After this period, however, another treatment is necessary.

It is a method of direct removal of hairs by pulling them out from the root. It is not applicable in areas where burns, moles or varicose veins are present. Side effects of this treatment include irritation and the appearance of rashes. Waxing is also increasingly being replaced by permanent laser hair removal.

Ultrasound is an innovative technique for treating blemishes of the body…

One hears very often about radiofrequency as an effective treatment for…

One of the goals of modern aesthetic medicine is to allow…